Do you want to trick or treat? 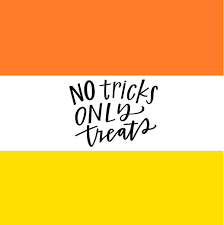 I think most of us prefer treats over being tricked, so I’ll get straight to the point: You rock

Because of you, Mike has a safe place to live and work on his recovery.

He came to Earl’s Place after completing a six month substance use treatment program (he reports he has been in at least five other programs). He is 35 years old and began abusing substances when he was 15. Prior to entering treatment this time, he was couch surfing, staying in shelters, and on the street.

“Thank you for your generosity!   I can say that  Earl’s Place is a safe, comfortable place with loving people. Earl’s Place is giving me a chance to start over and live the life I always wanted.  It is helping me grow to be a man.” – Mike

You’ve been such a great supporter of the men who are rebuilding their lives from homelessness and addiction, I wanted to let you know the difference you’ve made.

So far this year, your generosity made it possible for 30 men, including Mike, to find a temporary home at Earl’s Place. But not just a home, but also hope and help.

We could never thank you enough for the part you played in making all this possible.

Your support has been a huge treat!